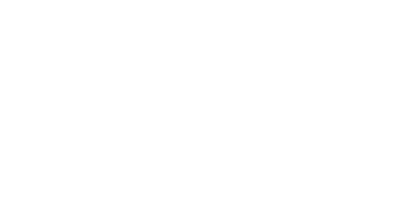 XEL is a 3D action-adventure set in a sci-fi fantasy setting.
Play as Reid, shipwrecked on the strange world of XEL.

Without any recollection of her former life, it is up to you to unravel her past and connection to XEL. Ready your sword and shield as you explore the overworld of XEL and dive into imposing dungeons full of unforeseen threats and challenging puzzles. Throughout your journey you will make new friends and foes, learn new moves, find new gadgets as well as being able to jump through time and space.

As Reid delves deeper into the mysteries surrounding XEL, she discovers an endless cycle of peril. Will she be able to break free from it and what will it take?

Our released products, ready to play 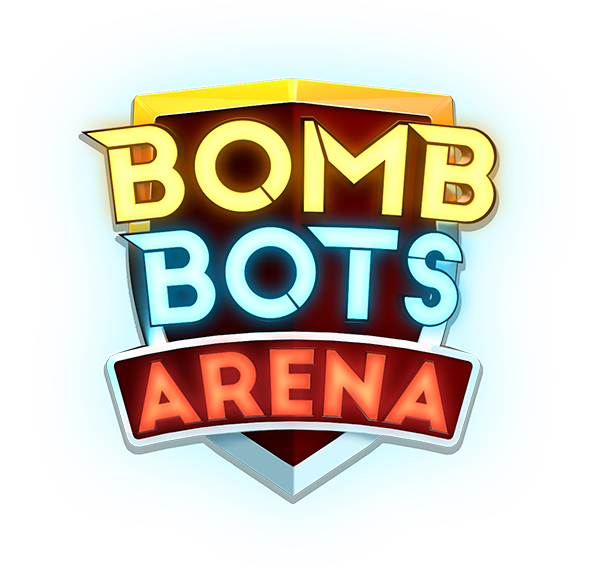 Bomb Bots Arena is a bombastic online multiplayer brawler (B.O.M.B) that lets players compete against frenemies and online players around the globe.
‍
Players get to customize their very own Bomb Bot and send it into battles in order to level up and unlock new abilities. Punch your enemy to stun them, shield yourself from a fatal explosion or chase after your rivals with the remote controlled bomb - you decide your favorite combo of abilities.
‍
Play alone or invite over some friends to play with and create your own rules in the custom match mode. The game will be updated regularly with new modes, rule sets, seasons, customization and much more to keep players invested. Communication with the community is key and the team is making it their priority to keep the game interesting and eventually make it the definite game of the genre.
‍
The game is free to play but not pay to win. Players can spend money on special cosmetics to support the devs and look fierce while doing so. 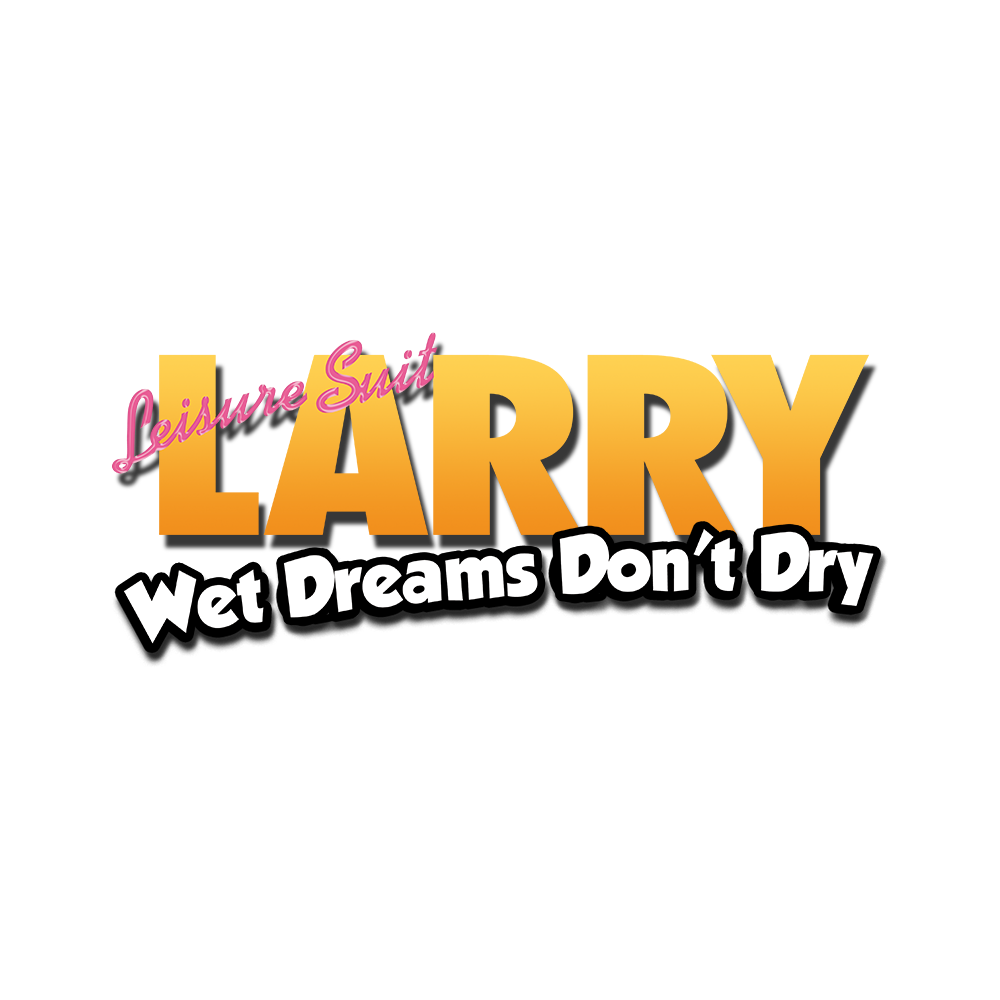 Help this out of time and place wannabe playboy get the girl(s) of his dreams and solve ridiculous puzzles in a ludacris story about love, sex and online dating.Leisure Suit Larry - Wet Dreams Don't Dry was developed by our friends at CrazyBunch and is published by Assemble Entertainment.

Tiny Roar had the honor to be involved with the narrative and game design as well as porting the game to the Nintendo Switch and iOS devices.

‍Unlock new characters such as Talking Angela, Talking Ben, Talking Ginger, Talking Hank, fancy costumes and travel to exciting places to build the highest cake ever!
‍
TalkingTom Cake Jump was created in cooperation with Outfit7 to deliver more fun ways to interact with Tom and his best friends.

Stop wasting your time or you get kicked out of your mum's house!

What could be a better motivation to turn your internet trolling habits into a profit?

Hire professional internet junkies to do your work and earn money with clicks by posting insane pranks on the intewebz.

Troll Face Clicker Quest is an Idle game spin-off of the beloved/hated Troll Face Quest series that let's you build your very own trolling empire and maybe start a new world war... but hey, it's just a prank, bro! 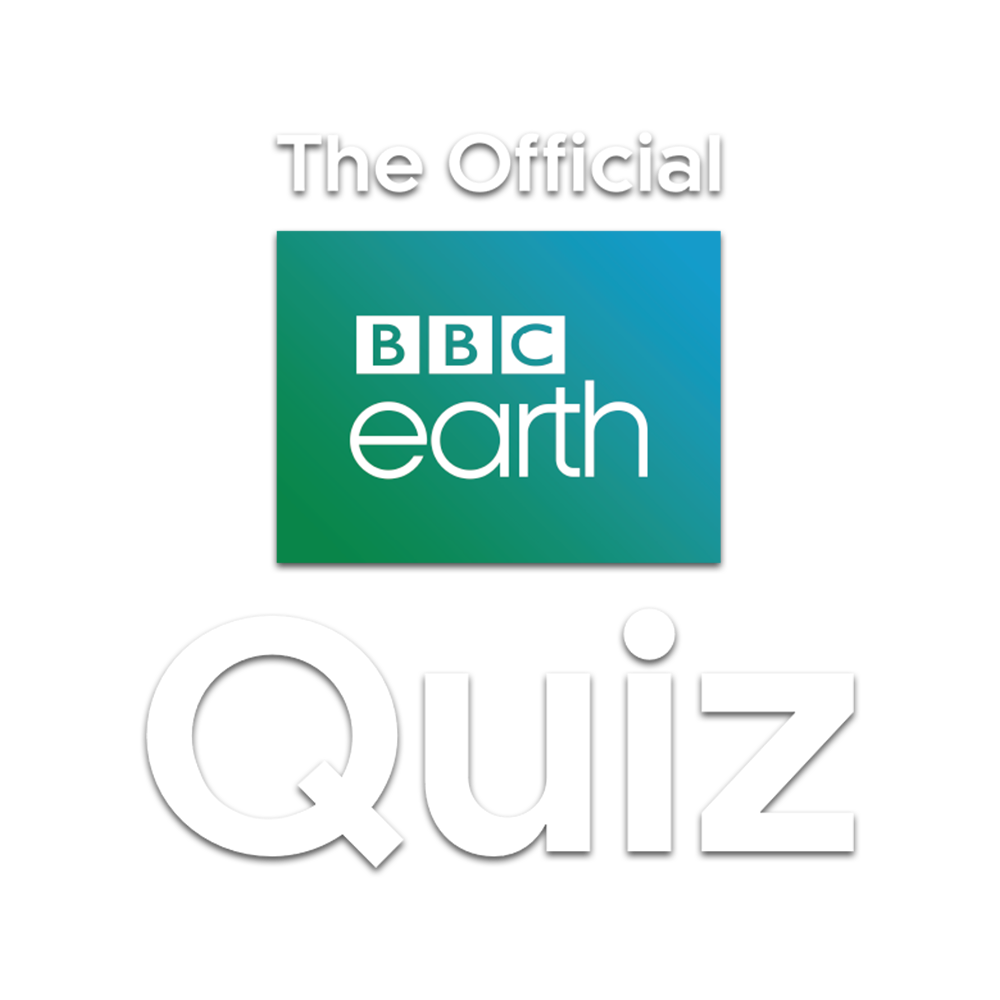 The Official BBC Earth Quiz will test the knowledge of the whole family, from beginners through to the most ardent budding naturalists.

The game casts players in the role of a photographer travelling across many unique environments, including sweeping grasslands, dense jungles and the deepest oceans.

Jimmy Janga wants to become the best cab driver in the whole world. Too bad that the streets of his home town are simply bananas.

Choose between a cab, monster truck and other rides to solve puzzling street mazes and get your customers home in time. Only true street smartness will get you through the jungle of the city. 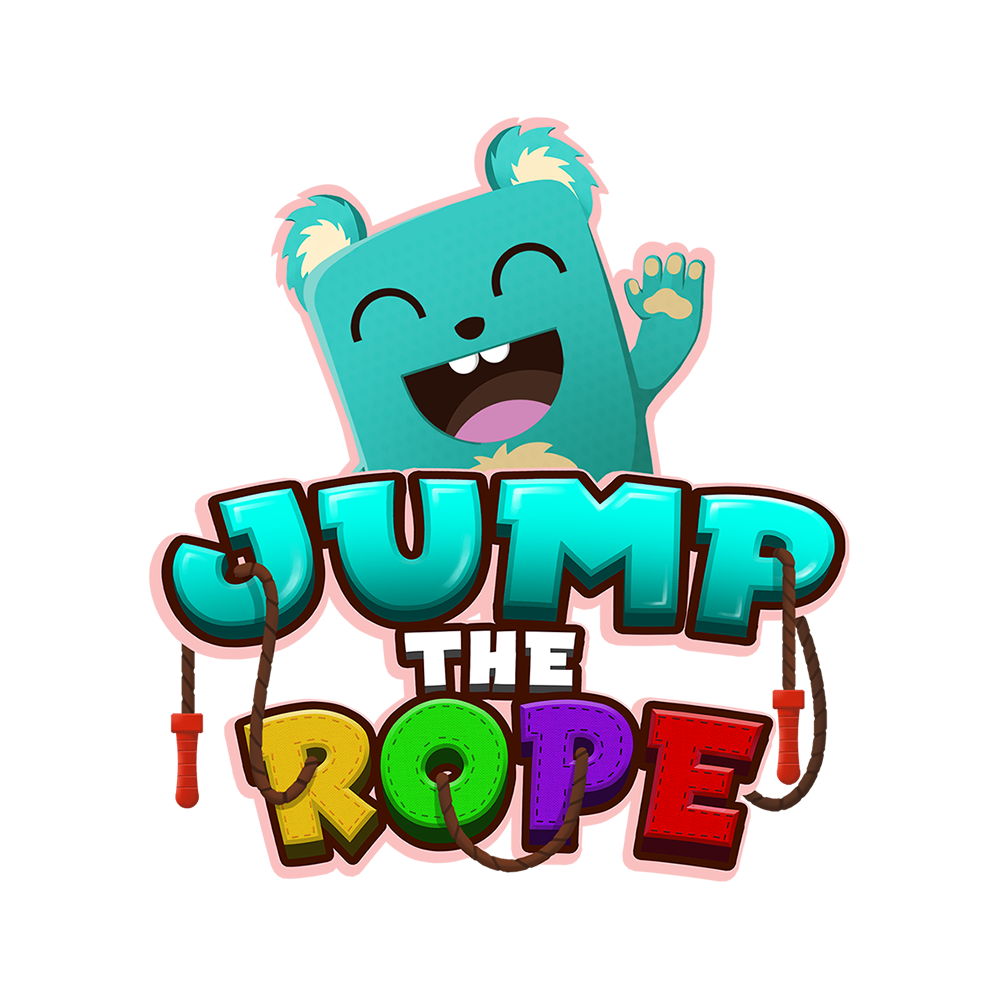 Can you beat the world high score?

Jump the Rope let’s you compete against players around the world in a super simple, yet super fun arcade challenge. What sounds like child’s play can turn quickly into a fierce test of reflexes and nerve.

Customize your Jumpy with crazy outfits and share screenshots of high scores in style.

our released products, ready to play

You are fan of fast paced card games like Uno?
You would love to play Magic but the rules are too confusing? You love Cards against Humanity but everyone thinks your humour is too dark?
Behold Troll Face Card Quest! The game where all your favorites Memes clash in order to deliver a shitstorm upon your opponent. Do you even lift, bro?

The first spin-off of the popular Troll Face Quest series lets you find endless amount of crazy themed cards in booster packs or simply craft them out of scraps. You can create custom decks that suit your personal troll style: Let the world fear your tiny hands and twitter skills with ‘MERICA! But be careful the card can backfire.

If you ever get trampled upon unleash your rage and level the playing field with a selection of game changing effects like literally flipping the table or stealing your opponent’s cards.

All this and much much more await you in Troll Face. 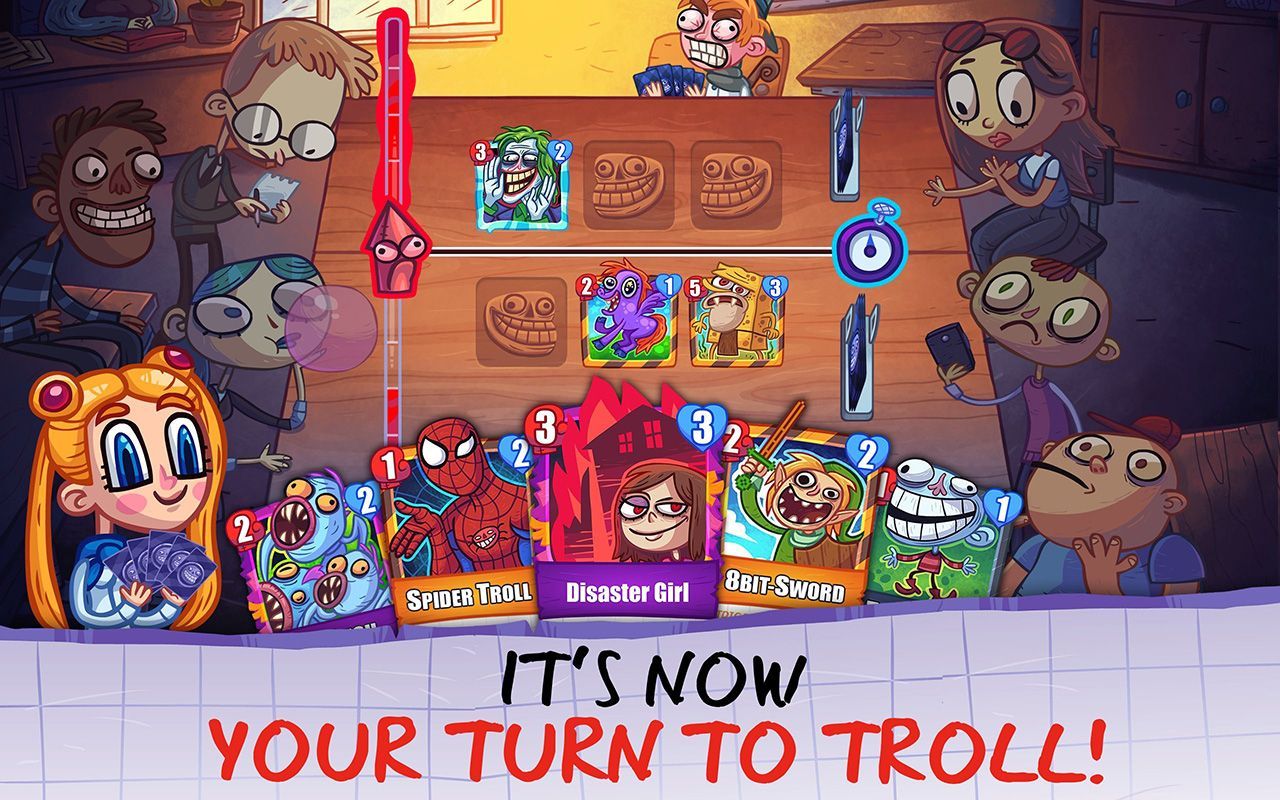 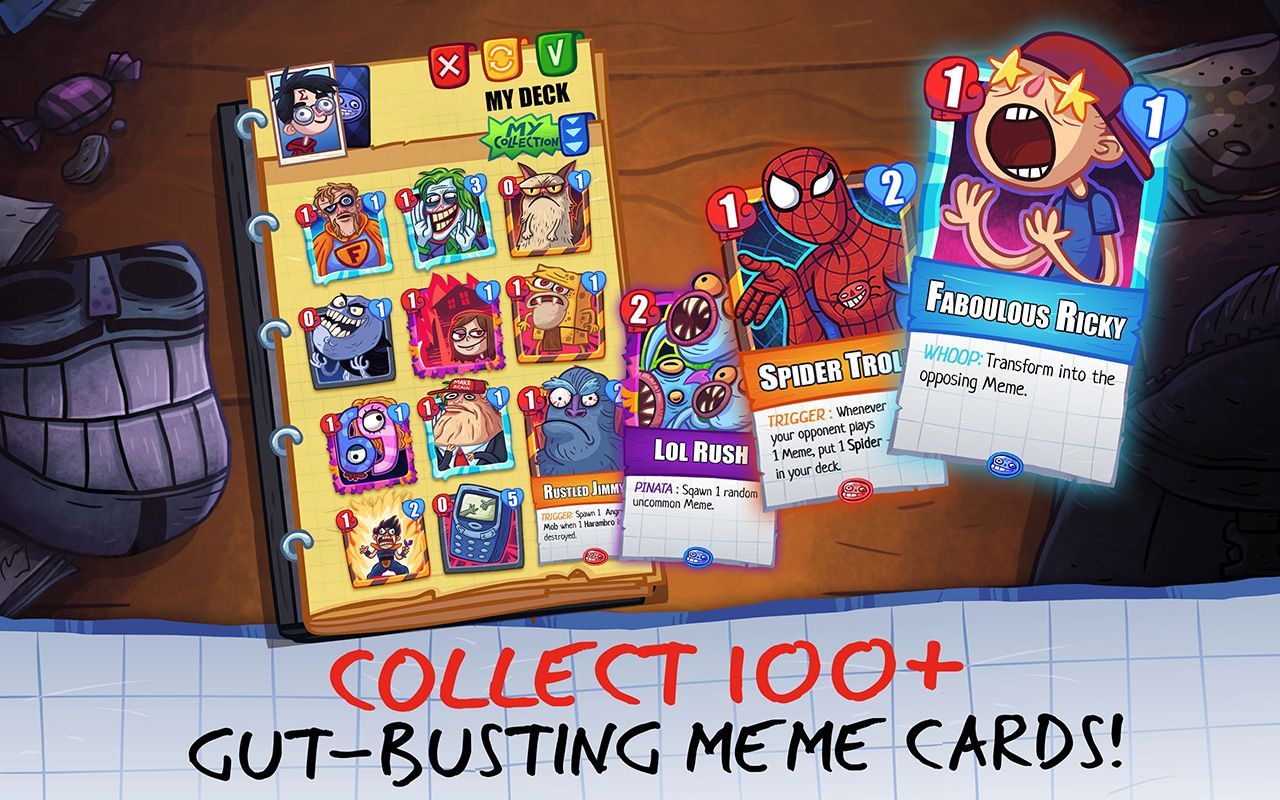 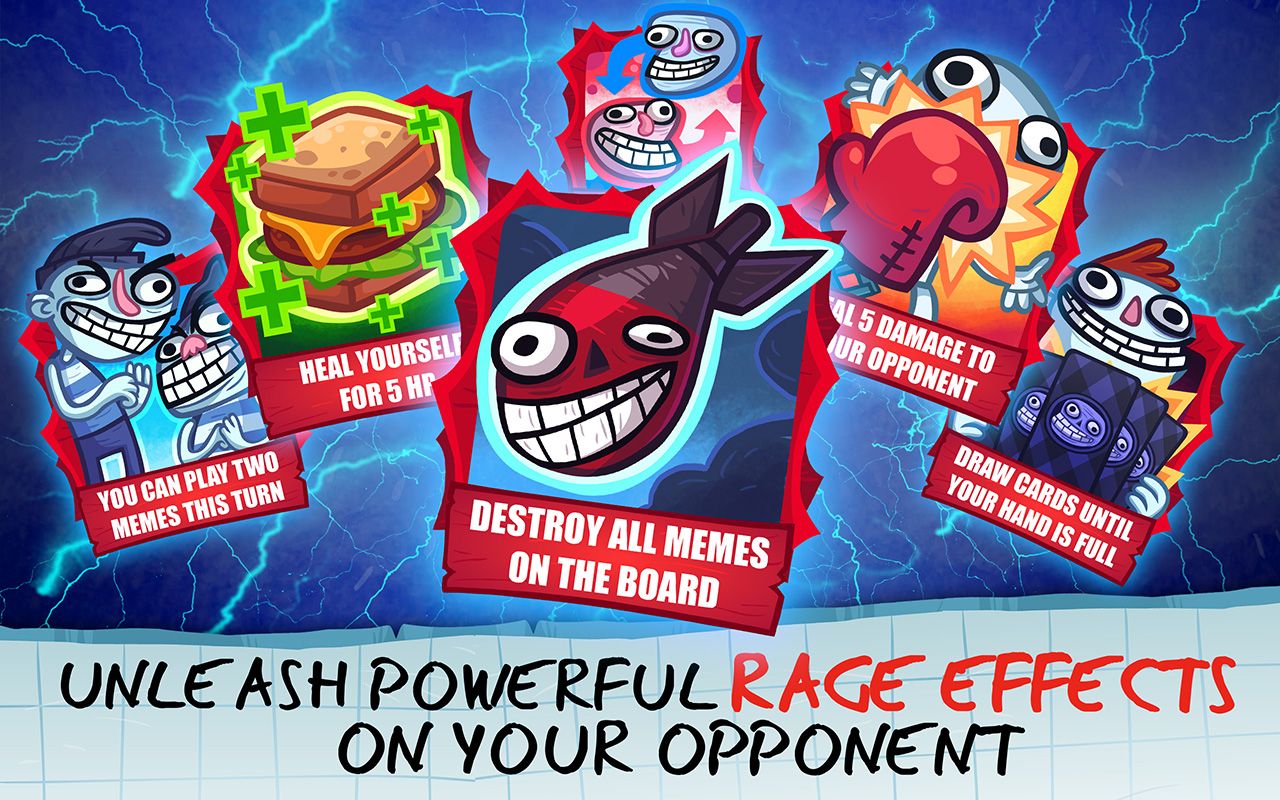 Coming soon to iPhone and iPad

Jimmy Janga wants to become the best cab driver in the whole world. Too bad that the streets of his home town are simply bananas.

Choose between a cab, monster truck and other rides to solve puzzling street mazes and get your customers home in time. Only true street smartness will get you through the jungle of the city.

You can also compete against other cabbies around the world in the PvP mode and show what you are made of. So stop monkeying around and get in! 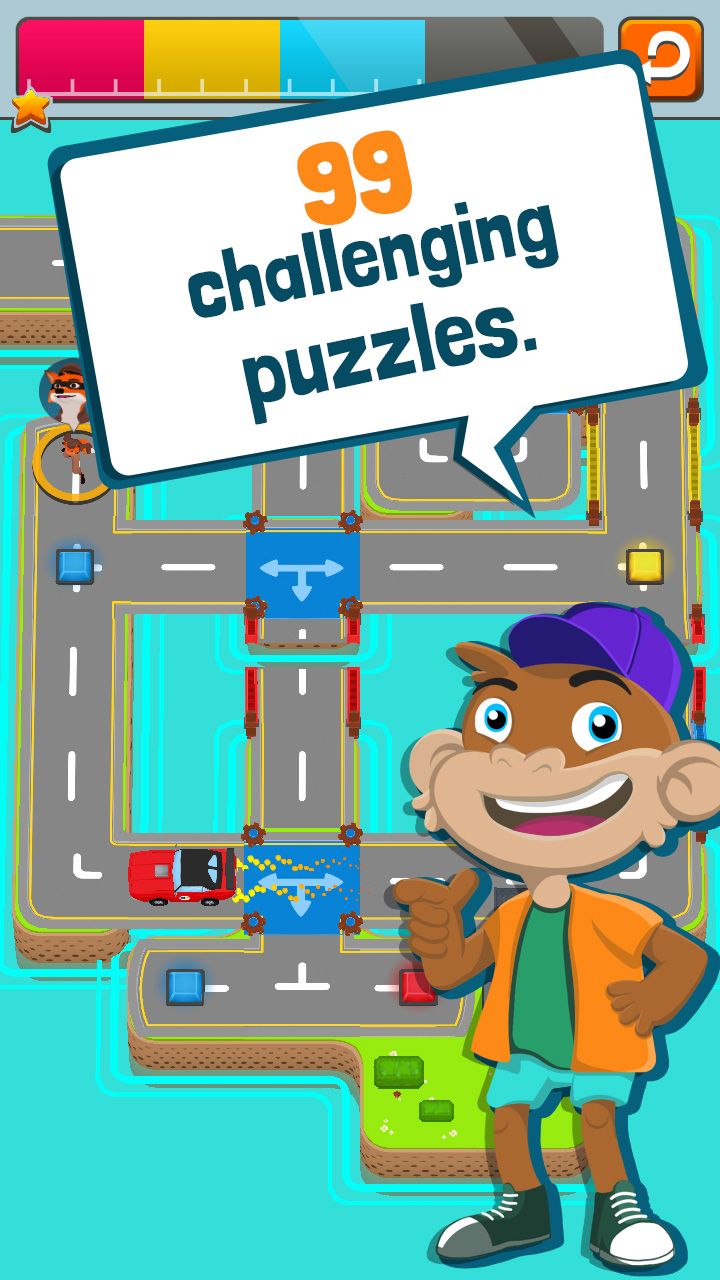 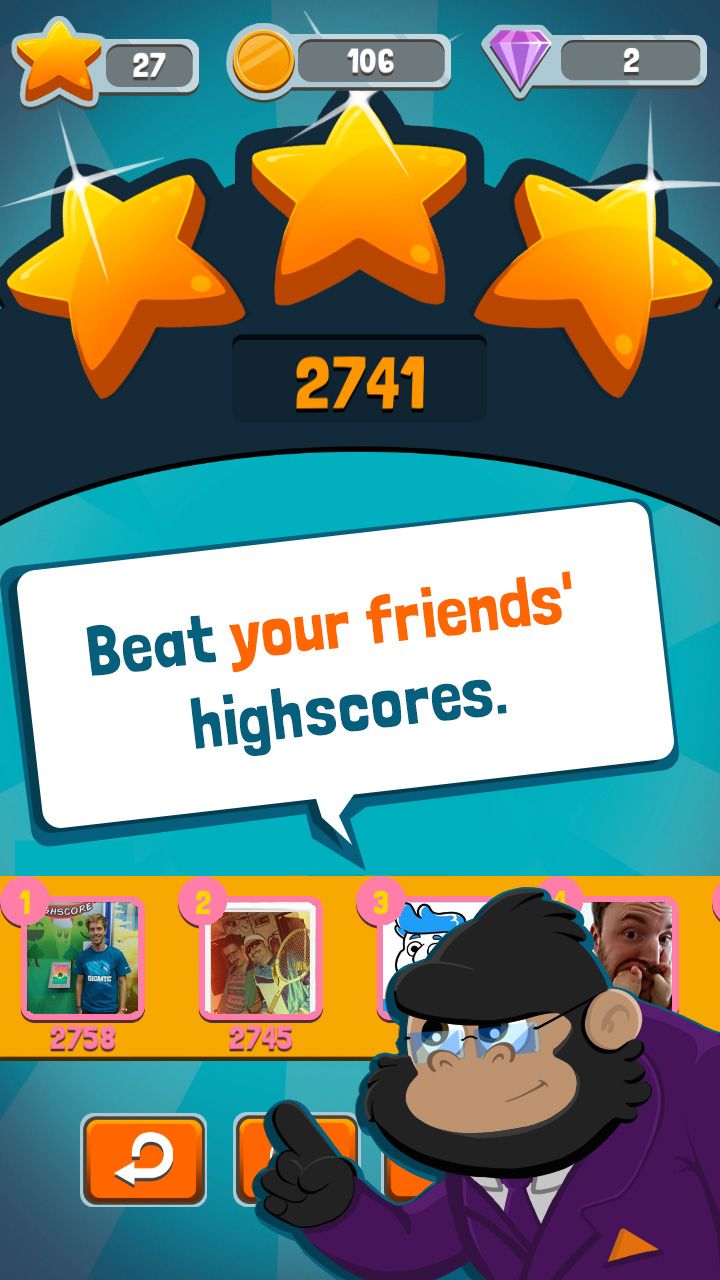 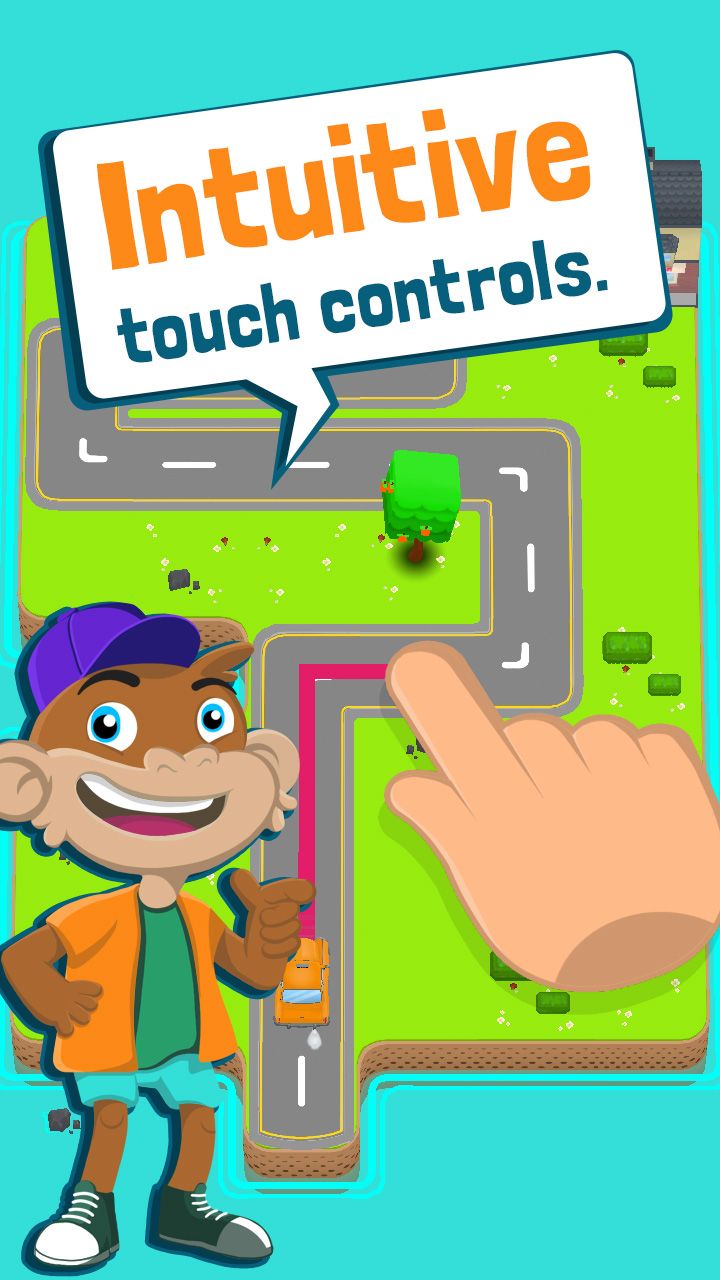 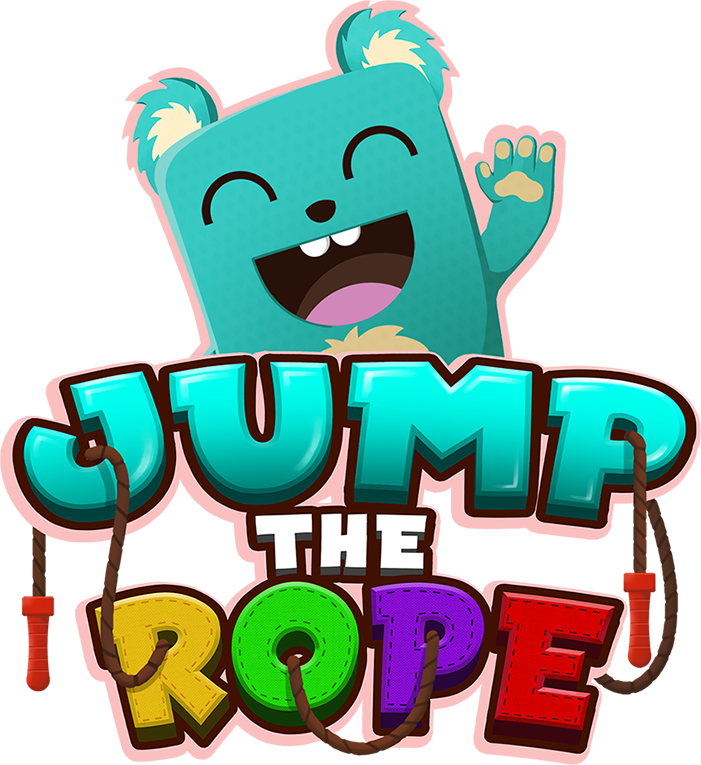 Can you beat the world high score?

Jump the Rope let’s you compete against players around the world in a super simple, yet super fun arcade challenge. What sounds like child’s play can turn quickly into a fierce test of reflexes and nerve.

Customize your Jumpy with crazy outfits and share screenshots of high scores in style. 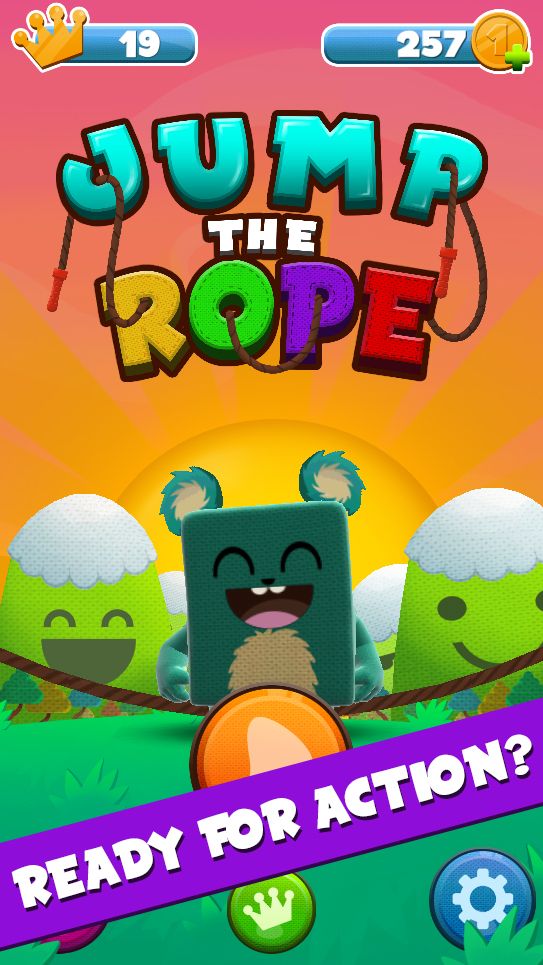 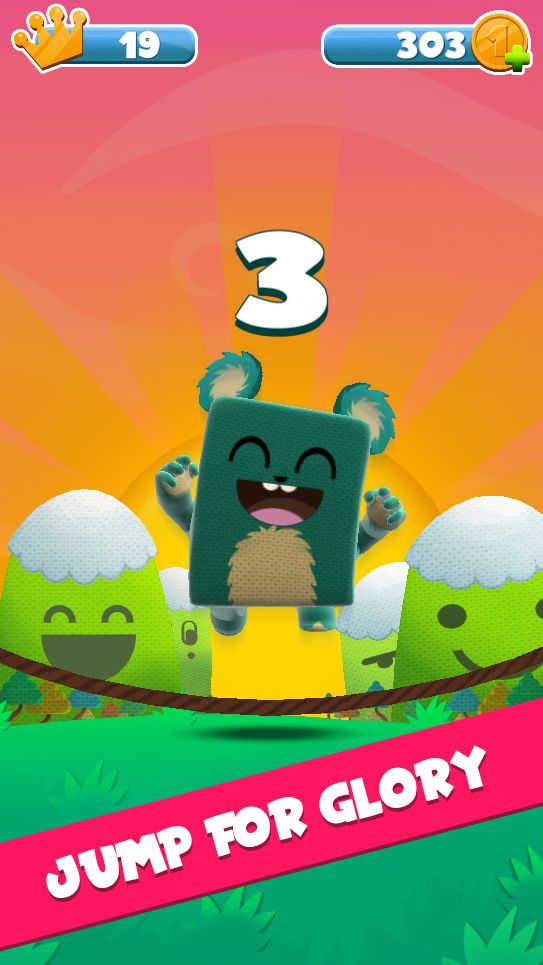 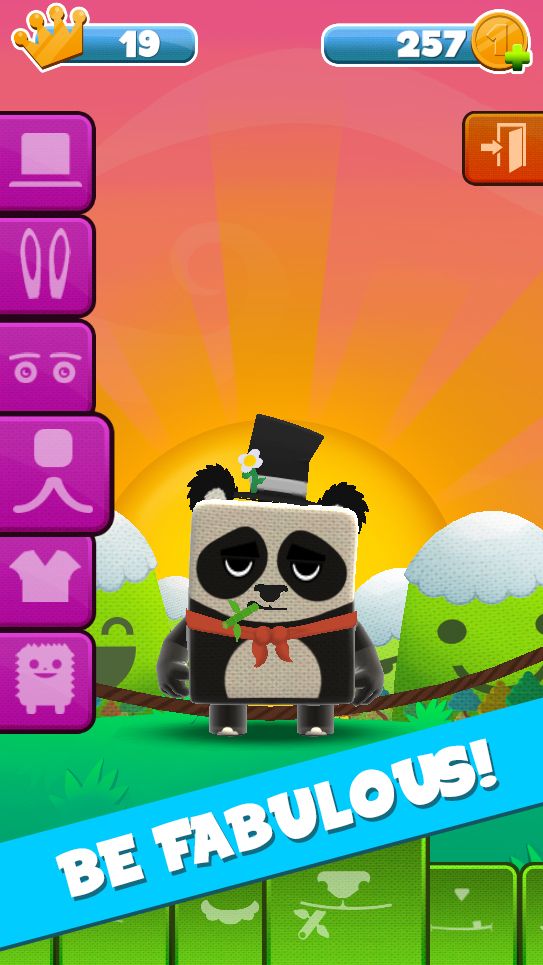 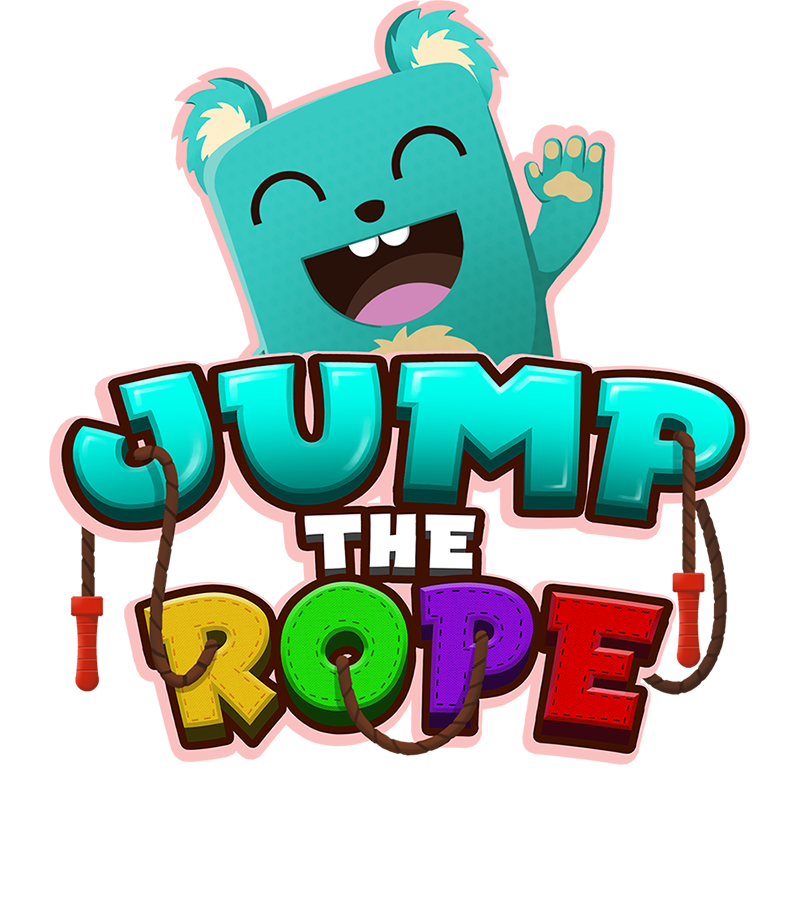 Who we are and why we love crafting games
Tiny Roar is the result of the love for videogames and a long-standing wish creating our own game development studio. After many years of making mistakes, gaining XP and making new friends in different companies in the games industry we took matters into our own hands and founded Tiny Roar in early 2015.

Not only that we are passionate gamers we also love crafting them. One of our main quests is to deliver fun, polished and easy accessible game experiences for all kind of gamers on all platforms available. Our team's mantra is to create entertainment straight for the audience and listen to their feedback carefully.

While creating video games is the most fun in the world we know that a healthy and friendly work environment is the key for a successful production. We see us as a group of friends that just happens to have the best jobs in the world and give it our best.

To create awesome games it’s a necessity to have a great partnership. We are no big fans of short lived flings and the quick buck.
We put a lot of effort into making games and finishing projects on good terms. We prefer an open and trustful communication with you as our partner. That’s why we can proudly state that we worked with most of our partners on more than one game and still have unannounced titles coming up soon. 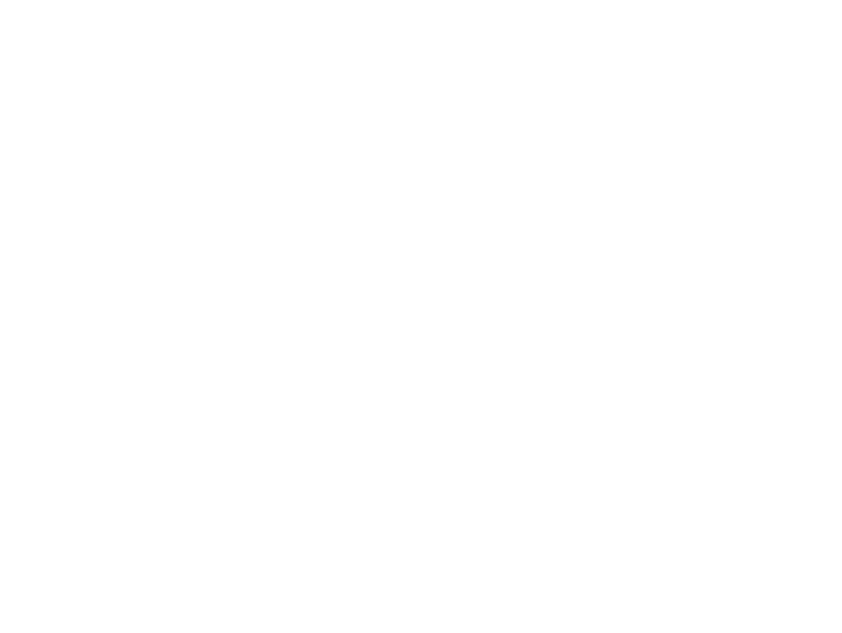 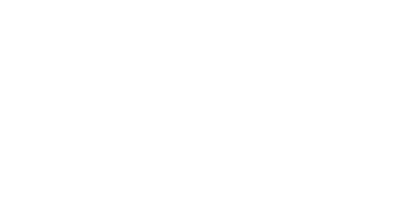 All product names, logos, and brands are property of their respective owners.

The guys behind the curtain 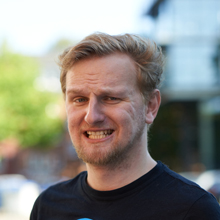 Aside from being a passionate gamer, comic book enthusiast and writer, Maurice is the game designer of the team. Trying to play all the games that have ever been made and understand what makes them fun, he also enjoys designing games of all genres as long as the audience is pleased. 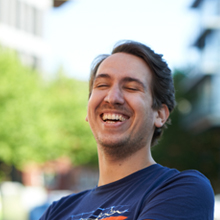 Being involved with many different productions and tools over the years, Robert is a versatile allround artist with a huge passion for the Bladerunner universe. After completing his life task to found an own games company his next challenge is to grow an awesome mustache. 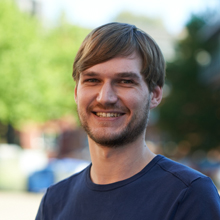 With a major in Game Programming and proud owner of two crazy cute cats, Basti is living proof that the fabled town Buxtehude actually exists. He is a vivid tech geek and die hard HSV fan, which spark a lovely feud between Robert and him that still has not been settled yet. 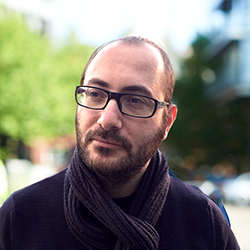 Dario brings some italian gusto and an incredibly large steam library to the team. When he is not reading Sci-Fi novels or playing board games, he makes game prototypes in his spare time. He is a Coding Wizard with a knack for really comfy editors and complex game systems. 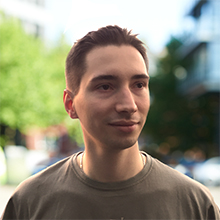 Alex is the secret russian weapon of the team that always comes up with new tweaks and features for the games out of the blue that make ours lifes so much easier.
If he would not work as a game programmer he would be out there, slaying Giants "Attack on Titan"-style.
?

We are looking for an additional code slayer who loves games and is keen to work in our small team on existing and future products. Experience in the games industry is a plus but not a must. More important is that you speak C# almost as fluently as your native tongue, worked with Unity 3D before and know what's behind such terms like MVC/MVVM/MVP, Dependency Injection, SOLID, IoC, Design Pattern. If you think you’re the perfect fit contact us as soon as you can!

We are waiting just for you.

Feel free to send us an e-mail to:
moin@tinyroar.de